Do you want to stick your middle finger up at cancer?

If so, you are not alone.

This month marks the return of Race for Life, a 5km run held in 230 locations across the UK over the summer, whose tagline is: “Cancer, we’re coming to get you!”

Since its launch in 1994, Race for Life, the largest women-only fundraising event in Britain, has raised more than £439m for Cancer Research UK and has involved around six million people.

The charity estimates that 700,000 women will run, walk, jog, or dance their way to the finish line this year to raise more than £49m for the fight against cancer.

Participants say the race – regardless of their level of fitness – is a positive and rewarding experience. “I am a 62-year-old woman. I am not fit and I walk, not run, but I just love being a part of Race for Life,” said Linda Patel, who lost both of her parents, her brother, sister, two aunts, and many friends to cancer.

“The first race I did make me feel so good. I was among thousands of other women who have been touched in some way by cancer and I really felt like I was doing something to help with cancer research. I don’t think anyone feels any differently if they run, jog or walk. We are all there for the same reason; in memory of loved ones and to raise awareness and money.”

Figures show that cancer was responsible for an astonishing 28 per cent of all deaths in the UK in 2010, killing 157,275 people. In the 19 years since Race for Life began, however, the overall death toll from cancer has dropped by around 16 per cent. Cancer Research UK has been a devoted campaigner for life-saving legislation, such as banning under-18s from using tanning beds. They have also pushed for improvements in early diagnosis, regular screenings, advances in technology and an increase in knowledge about the disease.

For the thousands of participants who have lost loved ones to cancer, Race for Life is a means of uniting with others and working towards a common goal of improving cancer survival rates.

“Seeing so many women, all there for the same cause, united as one to beat cancer is a rewarding and fulfilling experience. I’d recommend it to anyone who can spare a few hours on a Sunday morning,” said Kevin Winkley, who volunteered at his wife’s first race four years ago and now volunteers at 10 races each year.

“In these times of austerity, many people do not have the spare money in their pockets to help charities, so why not, as I do, give something else that they will value just as much – your time,” he said.

Participants describe the environment on race day as “happy”, “upbeat” and “fun”, words not typically used to describe anything about cancer.

“I really enjoy the volunteering experience and the feeling of achievement you get when, at 11 am, the horn sounds and all these women set off smiling on their quest to raise money to help find a cure for this disease,” said Winkley. Kevin Winkley has been volunteering for four years.

“The atmosphere is amazing and happy and somehow you feel close to all of the people you have lost,” added Patel.

“Everyone there is in the same position as you are. It’s very friendly and you get to meet so many amazing people and listen to their stories. I will carry on going to Race for Life for as long as I am able.” 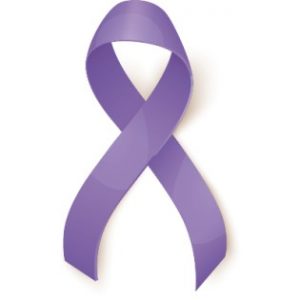 Whether you’ve never ridden a bike before or are a seasoned rider, there are events for you.

Or, if you want to donate blood or money, you can do your part in helping blood cancer patients.